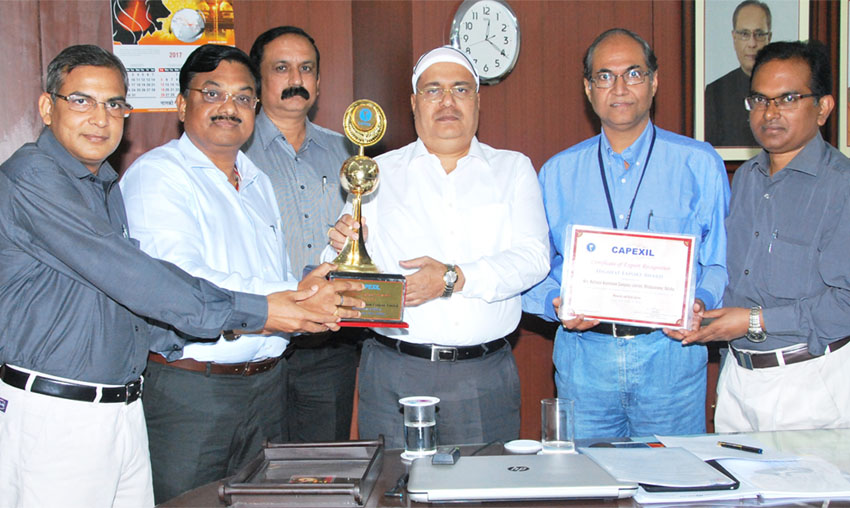 Bhubaneswar, 14/02/2017: National Aluminium Company Limited (NALCO), the Navratna PSU under Ministry of Mines, Govt. of India, has been conferred with the Highest Export Award for its outstanding export performance in Minerals and Ores sector for the year 2014-15, by Chemical & Allied Products Export Promotion Council (CAPEXIL). Shri Ananth Geete, Hon’ble Union Minister of Heavy Industries and Public Enterprises, Govt of India, presented the Export Awards at Vigyan Bhawan, New Delhi on 9th February 2017.
NALCO has emerged as the second highest foreign exchange earning CPSEs of the country, Dr. Tapan Kumar Chand, CMD of the company, has congratulated NALCO collective for the sustained efforts put in since 1988, when the company received the first export award from CAPEXIL.