Next to GST, Insolvency & Bankruptcy Code 2016 will be the biggest economic reform in India : Dr. Chand, Nalco CMD 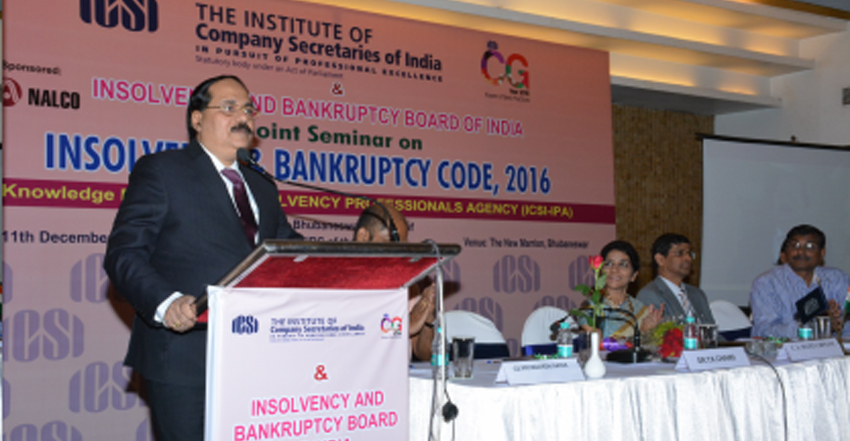 Bhubaneswar, 11/12/2016 : “Industries across the globe are passing through difficult times, marked by sluggishness and slump in business and growth. But there is a bright spot where growth is occurring and everybody is eyeing India which is clocking a growth of more than 7%. There are big aspirations which are necessary to improve our ability to match them” said Dr. Tapan Kumar Chand, CMD, Nalco, while addressing as Chief Guest at a 1-day seminar on Insolvency and Bankruptcy Code organized jointly by the Institute of Company Secretaries of India (ICSI) and Insolvency and Bankruptcy Board of India on 11th December at Bhubaneswar.

While addressing the industry professionals, company secretaries and students Dr. Chand mentioned that the ability to do better business comes from the eco-system. “Next to GST, the Insolvency and Bankruptcy Code 2016 will be the biggest economic reform for promoting the ease of doing business in India,” Dr. Chand added.

“The enactment of the Code is a historic opportunity to implement it in the right earnest to unlock capital and ensure that dues of the workers and employees get the priority that is due. The Code would take India from among relatively weak insolvency regimes to become one of the world’s best insolvency regimes,” Dr. Chand informed.