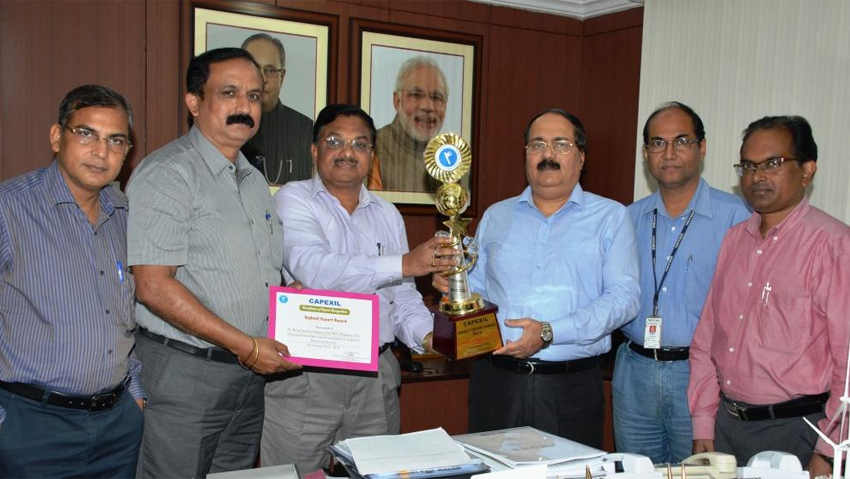 Bhubaneswar, 21/09/2016: National Aluminium Company Limited (NALCO), the Navratna PSU under Ministry of Mines, Govt. of India, has bagged the Highest Export Award of Chemical & Allied Products Export Promotion Council (CAPEXIL), sponsored by Ministry of Commerce & Industry, Govt of India, for its outstanding export performance in Minerals and Ores sector for the year 2013-14. The award ceremony was held on Tuesday in Kolkata.

Crediting NALCO as one of the leading foreign exchange earning CPSEs of the country, Dr. Tapan Kumar Chand, CMD of the company, has congratulated NALCO collective for the sustained efforts put in since 1988, when the company received the first export award from CAPEXIL. It may be mentioned that during the fiscal 2015-16, NALCO exported 11.74 lakh tonnes of alumina and 94,671 tonnes of aluminium to more than 20 countries earning a forex of Rs.3247 crore.