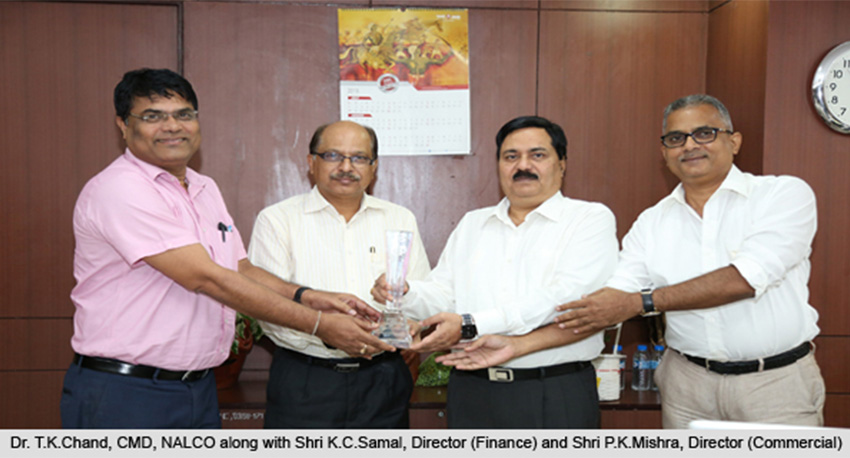 NALCO’s highest ever Export earnings since inception has added yet another feather in the illustrious cap of the Navratna CPSE under Ministry of Mines, Govt. of India. As recognition of its exceptional results in the export front, NALCO received the prestigious Dun & Bradstreet Award for Excellence in Export Performance.

Congratulating NALCO Collective on this achievement, Dr. T.K. Chand, CMD, NALCO said, “NALCO is among the highest Net Foreign Exchange Earning CPSEs in India. With this accolade, ‘Brand Odisha’ gets promoted as the products of Odisha-based Navratna NALCO move across the globe. As such, NALCO products commands premium in international market and are high in demand.” It may be noted that under the leadership of Dr. Chand, NALCO’s Export earnings grew from USD 500 Million in 2016-17 to an impressive USD 600 Million in 2017-18.

On behalf of the Company, Regional Manager, Northern Region, NALCO, received the Award, from Shri Bibek Debroy, Chairman, Economic Advisory Council to the Prime Minister and Member, NITI Aayog at a glittering function in New Delhi.