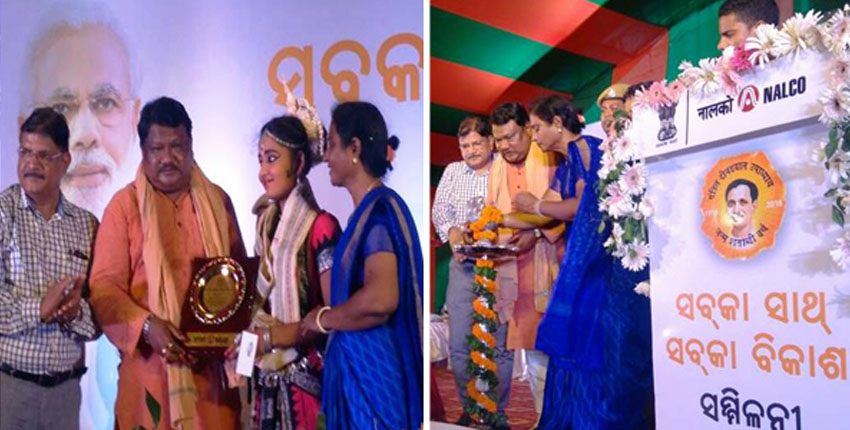 Bhubaneswar, 06/06/2017 : Shri Jual Oram, Hon’ble Minister of Tribal Affairs, Govt. of India, inaugurated the Sabka Saath Sabka Vikas Sammelan at the Panchudol Parida in Ranpur, Odisha on 6 th June 2017. He was the Chief Guest on the occasion and enlightened the gathering on the various programs and initiatives of the Central Government in the the three years of governance. Shri S.K. Dash, Executive Director (P&T), NALCO, Local BJP leader Ms. Surama Padhy and Shri Sanyasi Nayak also spoke on the occasion.
The event is part of the campaign, being held across the country, to mark the completion of three years in office by the Central Government and to share the message of development among the citizens. The event showcased the social welfare, education, economic and other development programs of the Government of India during last three years besides a short film on the development. Odissi dance performances by various groups enthralled the audience in this two hour event. The sammelan was attended by more than 2500 people, including women and children, from nearby areas.