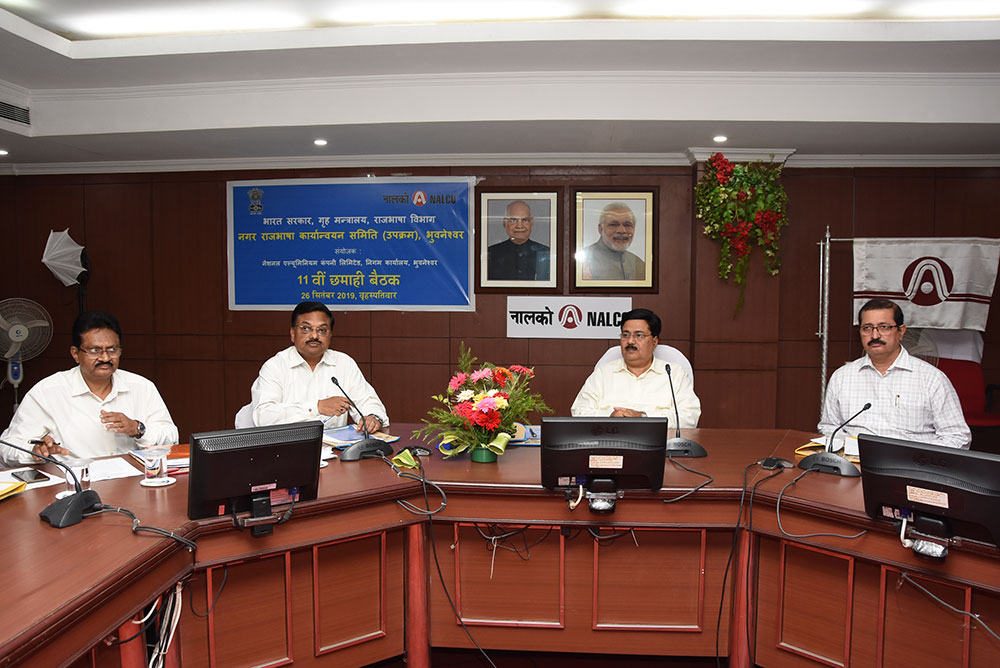 Hindi officers and Liasoning Officer (Rajbhasha) from BPCL, Oriental Insurance Co., MMTC, ECGC, Hudco, BSNL, LIC, and other CPSUs of Bhubaneswar were present in the meeting and proposed many valuable propositions to enhance the use of Hindi.

The 7th issue of Hindi E-magazine ‘Ananta’ was released by Dr. T.K.Chand, in which interesting writing in Hindi by the employees and reports of Rajbhasha special programs were published. Arrangements of joint programs, constitution of sub-committees and organising training programs on E-Office, translation and computing in Hindi for propagating use of Hindi in official work were discussed.

In his presidential address, Dr. T.K. Chand, CMD, NALCO, expressed his pleasure on special programs organised by the members and said that under the skill development movement of Govt. of India, joint Hindi workshops will be organised with National level faculties under the agies of TOLIC-Undertakings. He stressed on achieving the targets of Rajbhasha in a time-bound manner.

The meeting was coordinated by Shri Hariram Pansari, Member-secretary of the Committee and Sr.Manager (Rajbhasha) of NALCO.