Shri Sridhar Patra has been appointed as Chairman-cum-Managing Director of the Company w.e.f. 17th December, 2019.

Born on 12.10.1964, Shri Patra is a member of Institute of Chartered Accountants of India and rank holder graduate in Commerce from Utkal University. Shri Patra is a seasoned Finance & Accounts Professional with results-driven and team oriented leadership and have demonstrated commitment to organizational growth. He has over three decades of experience in finance and accounts functions of various Public Sector Undertaking like Odisha Mining Corporation Ltd., Indian Rare Earths Ltd. and Mangalore Refinery & Petrochemicals Ltd (A subsidiary of ONGC Ltd.) with exposure in Corporate Accounts, Budgetary Control, Direct & Indirect Tax Management, Strategic Financial & Business Planning, Financial evaluation of Contracts, Cost Excellence and Treasury function. Shri Patra has contributed significantly as an academician to professional accounting institutions apart from his employment in PSUs. 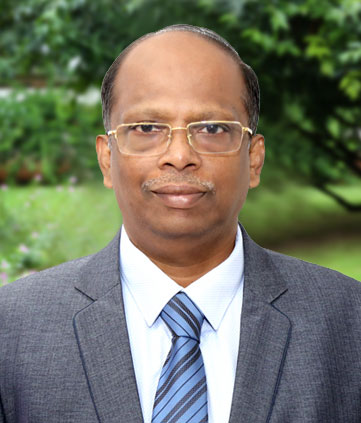 Shri Sridhar Patra has been appointed as Chairman-cum-Managing Director of the Company w.e.f. 17th December, 2019.

Born on 12.10.1964, Shri Patra is a member of Institute of Chartered Accountants of India and rank holder graduate in Commerce from Utkal University… 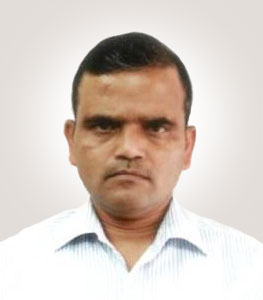 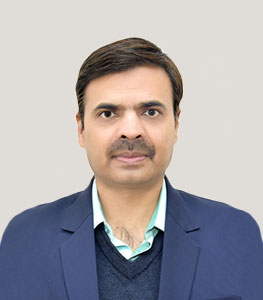 Shri Satendra Singh belongs to 1995 batch of Indian Administrative Service (IAS) from Jharkhand Cadre. He is currently working as Joint Secretary in the Ministry of Mines, Government of India, New Delhi.

Shri Singh served in various capacities in the State Government of Jharkhand. He has worked at the district level for Land Revenue Management District Administration. He had the opportunity to serve at the level of Director in the Department of Panchayati Raj/Local Self Government, Transport and Information Technology Departments, in Jharkhand. He served as Principal Secretary to Governor with addl. Charge as Secretary (Expenditure), Finance in the State before proceeding on Central Deputation.

Shri Singh has done B.E in Electronics from University of Roorkee. He has participated in various short term courses at the National and International level.

Shri Singh has abundant experience of working in government and public sector. 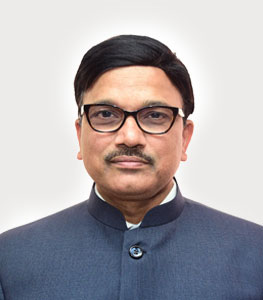 Shri Mahapatro has rich experience in Power, Oil and Coal Sectors in different capacities and successfully shouldered varied and higher responsibilities. He is a physics graduate from Khallikote College, Brahmapur, Odisha and did his Post Graduation in Industrial Relation & Labour Welfare from Berhampur University. Shri Mahapatro has handled many areas of HR functions. During his tenure in NHPC, Engineers India Limited and Central Coalfields Ltd, he was instrumental in the introduction of Productive work culture through Team Work.

Shri Mahapatro’s areas of interest include improving productivity, human development, creation of employment through skill development, sports, culture and improvement of human dignity. He has passionately worked for reformation in administration to make it responsive to the need and aspirations of the communities. His forte includes transparency, leadership and teamwork. 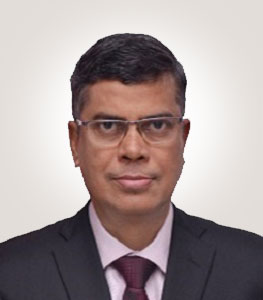 Born on 19.07.1963, Shri M.P. Mishra completed his graduation in Mechanical Engineering from University College of Engineering, Burla, Odisha. He joined NALCO as a Graduate Engineer Trainee (GET) in 1984. During his long service association of three and half decades with NALCO, Shri Mishra has contributed significantly from Technology adoption to absorption in the field of Aluminium Technology. Shri Mishra has vast professional experience ranging from project execution to plant operation at Smelter & Power complex of NALCO and Business Development activities in Greenfield & Brownfield aluminium projects, renewable projects etc. Shri Mishra held the position of Executive Director at Smelter & Power Complex, Angul before taking over as Director(Projects & Technical).

Shri Mishra is a Member of National Council of Indian Institute of Metals (IIM), FIE of Institution of Engineers (India) and Aluminium Association of India. 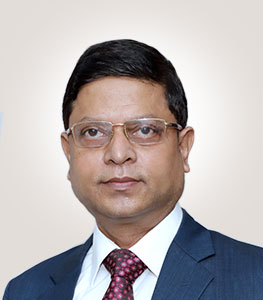 Shri Bijay Kumar Das, has taken over as the Director (Production) of the Navratna CPSE National Aluminium Company Limited (NALCO) with effect from 1st December 2020. Prior to the new assignment, Shri Das was serving the Company as Executive Director (Projects) at Corporate Office, Bhubaneswar.

A graduate in Mechanical Engineering from NIT, Rourkela (Formerly REC) , Shri Das began his career in NALCO as a 1st batch Graduate Engineer Trainee in 1984. He was posted in the Company’s Captive Power Plant in Angul since inception of the project, where he held different key positions before taking over the challenging assignment of Business Development of the Company. He subsequently took over as General Manager (Corporate Planning & Strategic Management) to plan & strategise  the  growth path of the Company before being elevated to  Executive Director (Projects).

During his long service association of more than three decades with NALCO, Shri Das has contributed significantly in execution of various projects including diversification   &  opening of new vista in Renewable Energy Projects. With rich and varied experience of   Shri Bijay Kumar Das joining as Director (Production),  Board of Directors of NALCO has been further strengthened. 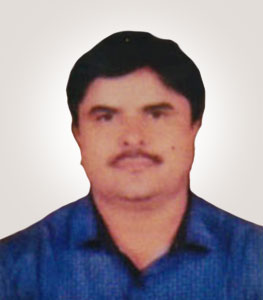 Shri Ravi Nath Jha is a Bachelor of Science graduate from Ranchi University. His professional expertise is in journalism. He was a freelance journalist for various local newspapers of Ranchi. He is continuing as Editor of Antyodaya Sandesh & Antyodaya Sankalp from October, 2003. 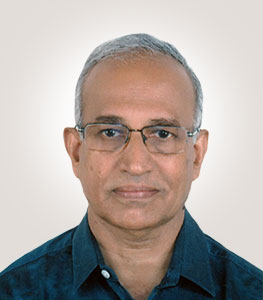 Dr. B. R. Ramakrishna is BSAM, BAMS, MD (Ayu), MSc & PhD (Yoga) holder and recipient of Gold Medal & Karnataka State Award in BSAM. He is having 30 years of experience of UG & PG Studies, 40 years in Integrative Medicine Practice and 23 years in Research experience. He held very senior positions in Ayurveda, Yoga and Sports in Government of India and Government of Karnataka. He has conducted Ayurveda & Yoga Workshops at Germany, Austria, Spain, Switzerland, Hong Kong, China, France, Italy, Singapore, Malaysia and Thailand from 2006 and IDY Programs in Germany & Austria from 2015.He has also been awarded Best Teacher Award, Torch Bearer of Ayurveda, Adhamya Chetana Award. 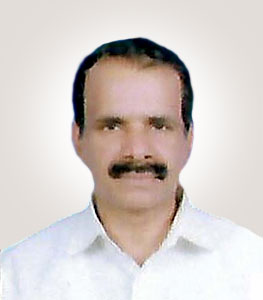 Shri George Kurian is an advocate by profession from Kottayam District of Kerala and has rich and vast experience in practicing as an advocate in various Courts. 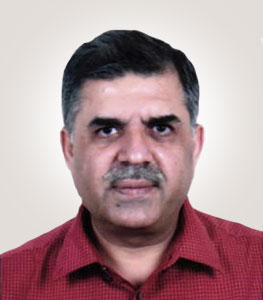 Dr. Ajay Narang is presently moving forward with his company’s flagship Healthcare venture- Samagra Care—putting forth a disruptive model of medical services made for the complex Indian Landscape. The enterprise focuses on enabling access to high-quality, equitable, timely healthcare in Urban Tier-2 India.

He has more than thirty years of experience in Industry and Business—both in India and the United States—having been on the Board of Directors of corporations over the span of his career. Formerly, for nearly two decades, he has worked in the IT Management sector, providing services to several clients in the United States.

At the very beginning of his career, he had immersed himself in the Manufacturing and Supply Industry. As an entrepreneur, he accepted the challenge of managing a sick industrial enterprise, indulged in manufacturing of Cooking Gas Cylinders. Starting at a young age, over the span of a decade, he successfully converted an SSI—the Cylinder manufacturing facility into a highly profitable venture.

By qualification, Dr Narang is an allopathic General Physician, and strives to give back to society and his fellow citizens by engaging in actionable activism and a range of non-profit activities. He has been on the Board of Directors of Hindusthan Samachar, Delhi. He also held the position of All India Vice President of Laghu Udyog Bharati, an All-India Organization in the service of Micro & Small-scale industry; currently he is an Executive Member of its National Working Committee. He is a Trustee of the Vishwa Samvaad Kendra Trust, Bhopal, and is the President of the same.

He has been an honorary erstwhile member of several bodies of the Government as well, namely, the Labour Advisory Board, Madhya Pradesh; Executive Council of MP Council of Science &Technology; Supply Code Panel of MP Electricity Regulatory Commission; General Council of Atal Bihari Vajpayee Hindi University, Bhopal; Regional Advisory Committee, Central Board for Workers Education; and Special Invitee to the National Board of MSME, GoI. 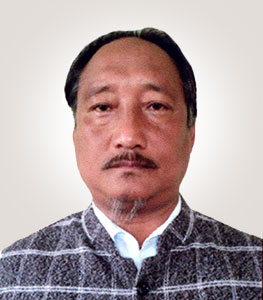 Shri Y. P. Chillio is a graduate in political science from Nagaland University. He is a social worker and has worked in different community based organisations in various capacities for the welfare of the public at large. He served as Central Executive Committee Member, Eastern Nagaland Peoples Organisations. He is a life time member of Indian Red Cross Society, Nagaland. 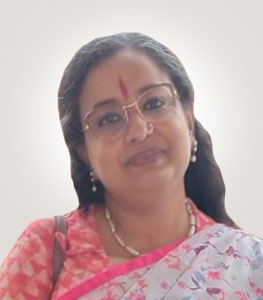 Ms. (Dr.) Shatorupa is a rank holder from Calcutta University in B.A. (History) and ranked No. 1 with Gold Medal in M.A. She has been awarded PhD in Ancient Indian History and Culture from Banaras Hindu University, 2020. She is a corporate trainer and is a freelance writer with more than 15 years of experience. She held the post of President of the Ladies wing of Bengal Chamber of Commerce and Industry for two consecutive terms during 2012-14. 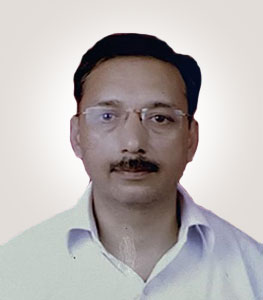 Shri Dushyant Upadhyay is a lawyer by profession from Bulandshahr District of Uttar Prasdesh and has rich and vast experience of more than 30 years in practicing as an lawyer in various Courts.