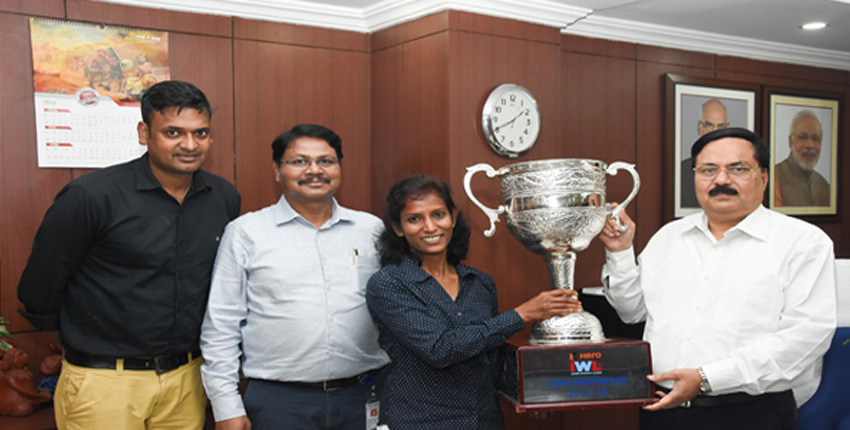 Sradhanjali Samantaray, who was appointed as the Assistant Coach of India’s U- 14 & U-16 Girls Football team, led a key role in bringing laurels to Odisha by guiding and motivating the young footballers to an emphatic victory over Eastern Sporting Union, Manipur to bag the coveted Indian Women’s League. Sradhanjali is the assistant coach of Rising Students Club, Odisha.

NALCO CMD Dr. Chand also praised another Nalconian and Hockey player Sunita Lakra for being selected as the Captain of the Indian Women’s Team at Asian Champions Trophy to be held in South Korea and wished the Indian team all the success.