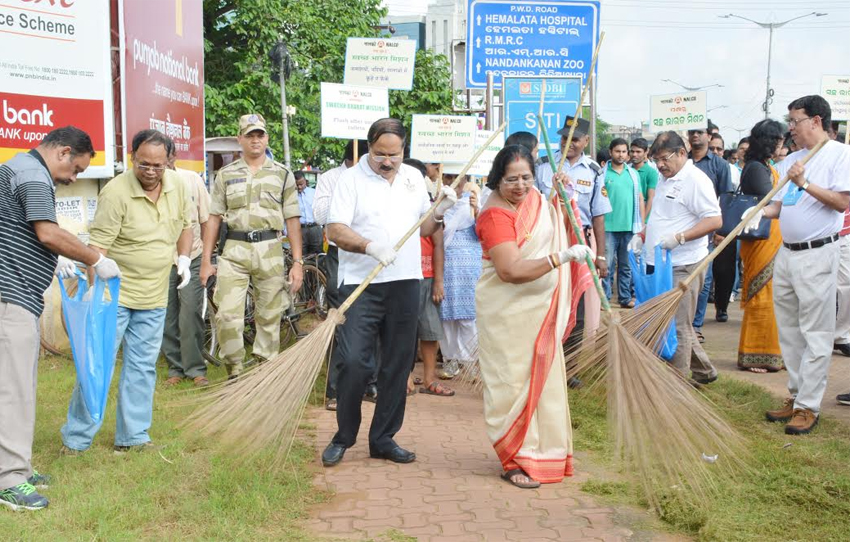 Bhubaneswar, 02/10/2016: On Gandhi Jayanti, the employees of Navratna PSU NALCO, joined the nation in the Swachh Bharat Mission and undertook various cleanliness and awareness drives at its production units and offices across the country. At Bhubaneswar, the employees of the aluminium major led by CMD Dr. Tapan Kumar Chand & the Directors, as also the members of Nalco Mahila Samiti, led by President Smt. Preeti Roy, broomed and cleaned the road leading to company’s corporate office.The representatives of NALCO’s unions & associations also actively participated in the sanitation drive.

On the occasion, NALCO’s Graduate Engineer Trainees presented a road show to generate public awareness. The volunteers were drawn from educational institutions like Kalinga Institute of Social Sciences and Birla Institute of Management Technology,Bhubaneswar.