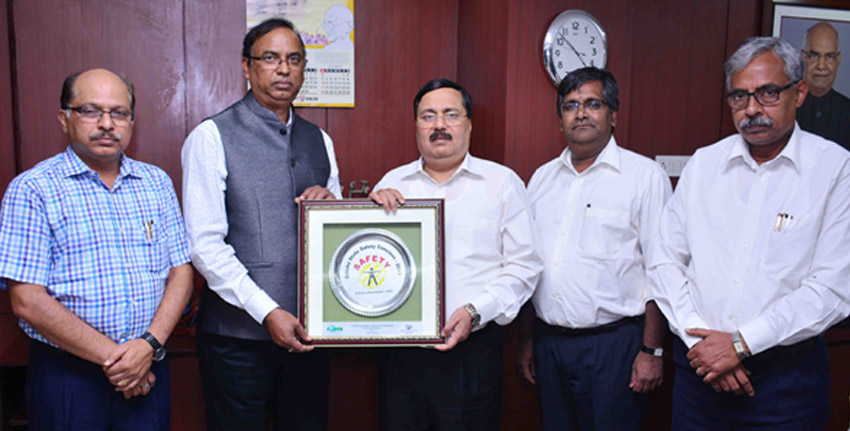 Bhubaneswar, 10/11/2017: The Alumina Refinery of Navratna CPSU NALCO, in Damanjodi, Odisha, received the Kalinga Safety Award (Silver) for the year 2016 at the Odisha State Safety Conclave-2017, held today at Bhubaneswar. On behalf of the company, the award was received by Shri R.S Das, General Manager (Refinery) from his Excellency Dr. S.C Jameer, Hon’ble Governor of Odisha. It may be noted that NALCO’s Refinery was awarded for its exemplary efforts in maintaining best safety practices in the Refinery plant. Appreciating the concerted efforts of Refinery team, Dr. Tapan Kumar Chand, CMD of the leading CPSE, conveyed hearty congratulations to NALCO collective for the accolade.