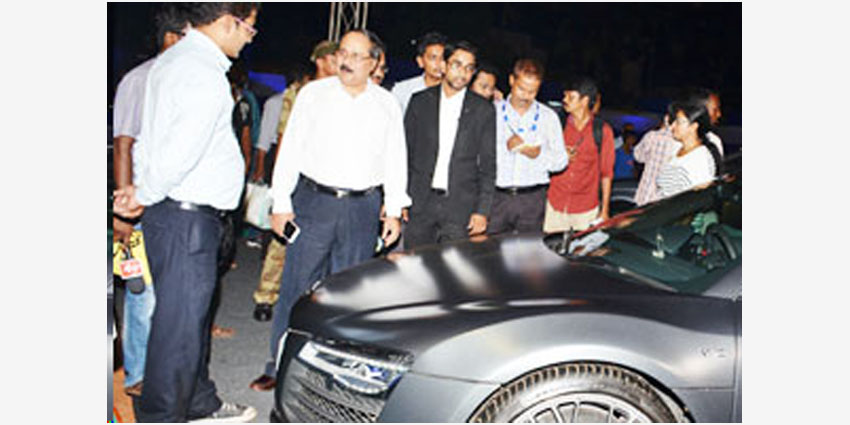 Bhubaneswar, 17/10/2015:  With the growing application of aluminium in auto components, not only the fuel-efficiency has gone up but also the vehicular pollution gone down considerably. Replacement of 1 kg of heavy metal by aluminium reduces 22 kgs of carbon dioxide emission during the lifecycle of a vehicle, according to T.K. Chand, CMD, NALCO.

“While the developed countries use on an average 140 kgs of aluminium per vehicle, in India it is about 40 kgs only. Nevertheless, by 2016, the use of this lightweight metal in auto sector in India is expected to go up by at least 3 times,” said Chand, on the sidelines of ETV International Auto Fest, which was inaugurated on Friday in Bhubaneswar.

“Initially, aluminium gained a foothold in wheels and transmission casings. Now, it is widely used in hoods, trunks, doors, bumpers and other structures. Breakthroughs in welding technology have opened up further vistas of possibilities,” Chand elaborated. “But most importantly, at the end of a vehicle’s life, nearly 90% of the aluminium is recyclable,” Chand added.