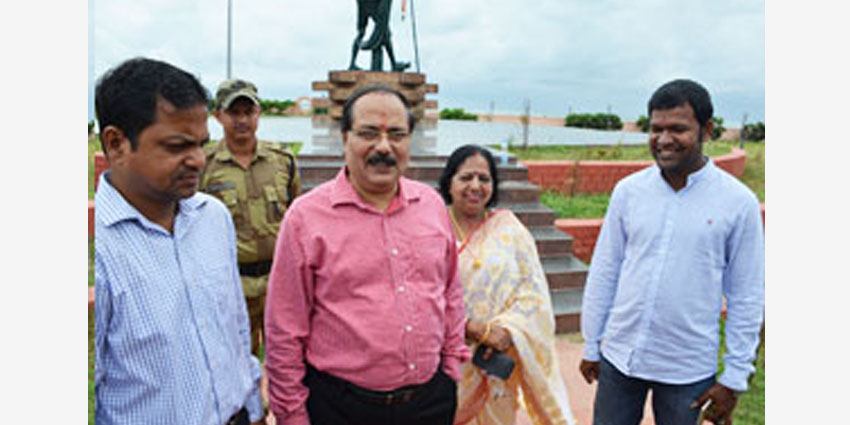 Bhubaneswar, 02/11/2015:  Navratna Nalco had set up Gandhi Smruti Pitha by the beach of Puri, in 2002, at a cost of Rs. 50 lakh and subsequently handed it over to Puri-Konark Development Authority. However, seeing the present state of dereliction, Nalco CMD Shri T.K. Chand announced the maintenance of the Park by the company for the next ten years.

“We shall make it a major tourist attraction, besides providing a salubrious environment for the joggers,” announced Shri Chand, during his site visit yesterday. Nalco shall renovate the Gandhi Library therein, as also the mural and watch tower, besides going for a massive plantation drive, Shri Chand added.

Nalco has also come forward to support the installation of five giant LED screens at vantage points in the vicinity of Jagannath Temple for the safety and guidance of devotees.

Shri Chand had elaborate discussions with Shri Arvind Agarwal, Collector, Shri Asish Singh, SP and other representatives of Puri district administration in this regard, on Sunday. A high-level committee shall finalize the modus operandi within a week, as decided.