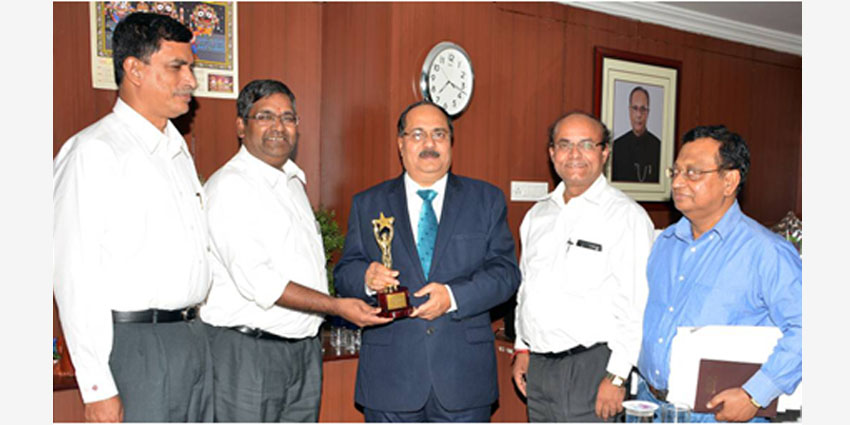 Bhubaneswar, 16/11/2015:  The Alumina Refinery of National Aluminium Company Limited (NALCO) has bagged the prestigious Business Excellence Star Recognition Award. Institute of Quality, CII has adjudged NALCO as the “Leader in Process Industries, for Excellence in Operations Management”. Appreciating the concerted efforts of the team of Alumina Refinery, Shri T.K. Chand, CMD of the company, conveyed hearty congratulations to NALCO Collective for the accolade. On behalf of the company, Shri V. Balasubramanyam, Director (Production) and Shri R.K. Mishra, ED (Mines & Refinery) received the award recently during the National Quality Summit in Bangalore.

It may be noted here that NALCO’s energy efficient Alumina Refinery, situated at Damanjodi in Koraput district of Odisha, is one among the lowest cost producers in the world. The aluminium major has also launched Business Excellence (BE) initiatives, aligned with European Foundation of Quality Management (EFQM) Model at its refinery.