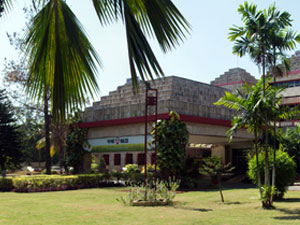 Bhubaneswar: National Aluminium Company Limited (NALCO), the Navratna PSU, under Ministry of Mines, Govt. of India and country’s leading manufacturer and exporter of alumina and aluminium, has declared its financial results for the 3 rd quarter ended December 2018 and up to end 3 rd quarter 2018-19.

According to the reviewed financial results for the 3 rd quarter of the financial year 2018-19 taken on record by the Board in the meeting held at New Delhi today, NALCO has posted a higher than expected operating profit of 589 crore registering 80% growth over the same period of last year. Net profit of the company for the 3 rd quarter is Rs.302 crore and the net profit for the period from April 2018 to December 2018 has grown to Rs.1499 crore as against 1085 crore of last year same period i.e. 38% growth.

The net sales for the 9 months of the fiscal are Rs.8,644 crore i.e. 32% growth over the same period of last year. NALCO has also achieved record growth in production in all fronts. During the first nine months of the current fiscal, NALCO achieved production of 55.39 lakh tonnes of bauxite, as compared to 54.40 lakh tonnes achieved during the comparable period of the previous fiscal. The company produced 15.92 lakh tonnes of alumina hydrate, against 15.51lakh tonnes achieved in the corresponding period of the previous financial year.